Egypt is well known amongst divers as one of the most accessible and rich destinations close to Europe. The Red Sea which borders the entire eastern seaboard of the country has crystal clear waters year round, and fantastic pelagic fish action, along with beautiful reefs fringing the entire coast. As there is nearly no run off from land, because Egypt is a desert climate, and oceanic currents do not affect the greater area very much, nutrients are brought to the sea via wind. The winter storms which blow up sand across the region then deposit this nutrient rich material directly to the Red Sea, where it is absorbed into the upper layers of the water column and used to support a huge variety of marine animals. Without this nutrient transfer from land, the sea would be nearly lifeless, void any real food source to support life.

Diving in the Red Sea can be separated into two distinct regions; the Northern and Southern routes. The vast majority of divers coming to the area spend their time in the north, diving famous wrecks like the Thistlegorm, the Rosalie Moller and Ras Mohammed, all world-class sites. Or diving in the Ras Mohammed National Marine Park, on sites like Shark Reef with it's dramatic sheer wall. Divers can be rewarded by huge shoals of snapper, batfish, jacks, unicornfish and barracuda, which will allow you to approach very close. Trips to this northern region usually depart from Sharm el Sheikh, on the Sinai peninsula, in the very north of the Red Sea, with most of the diving done along the coast line of this peninsula.

Diving on one of the southern routes of the Red Sea can be extremely rewarding, as it's all about reefs and big pelagic fish. Liveaboards depart from Marsa Alam in the middle of the country, and head straight out to the two world famous dive sites know as The Brothers, approximately 67 km east of Quesir, seemingly in the middle of nowhere. The Little Brother is known for it's large plateaus on the north and south ends of the site with walls covered with soft corals, sea fans and fish everywhere. Further to the south liveaboards dive many sites such as Daedelus, which is also known for it's fantastic walls and the possibility for hammerhead sharks; Elphinstone famous for it's northern plateau where, if reachable, divers are surrounded by white tips, grey reefs or even hammerheads. And further south even, very close to the Sudan border, the areas of Rocky Island, Zabargad Island, St Johns Reef, and Fury Shoal reward divers with an immense amount of sites with pristine reefs and gorgeous marine life, from the big to the small. 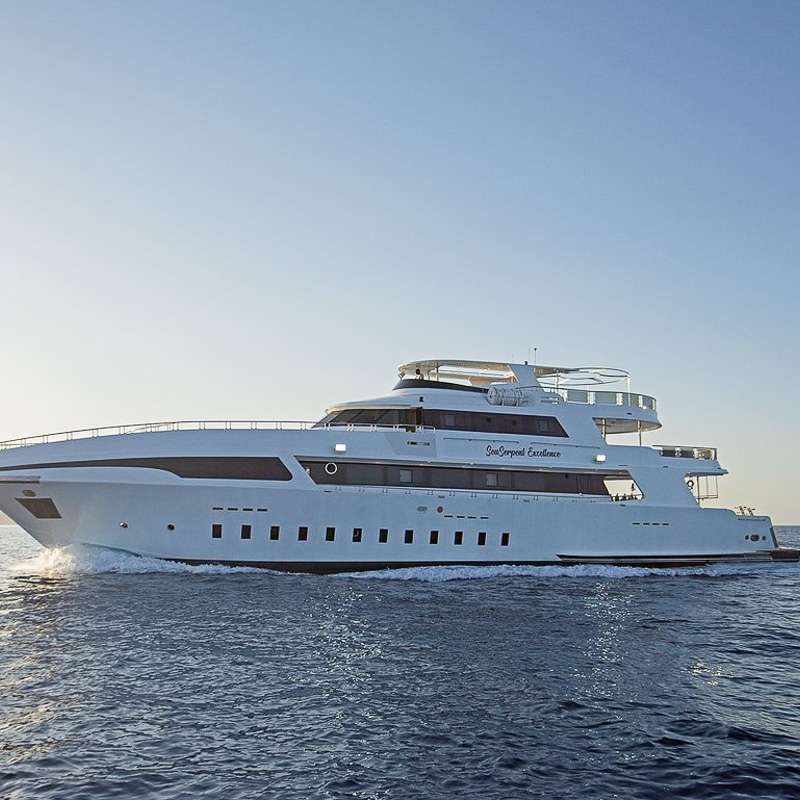 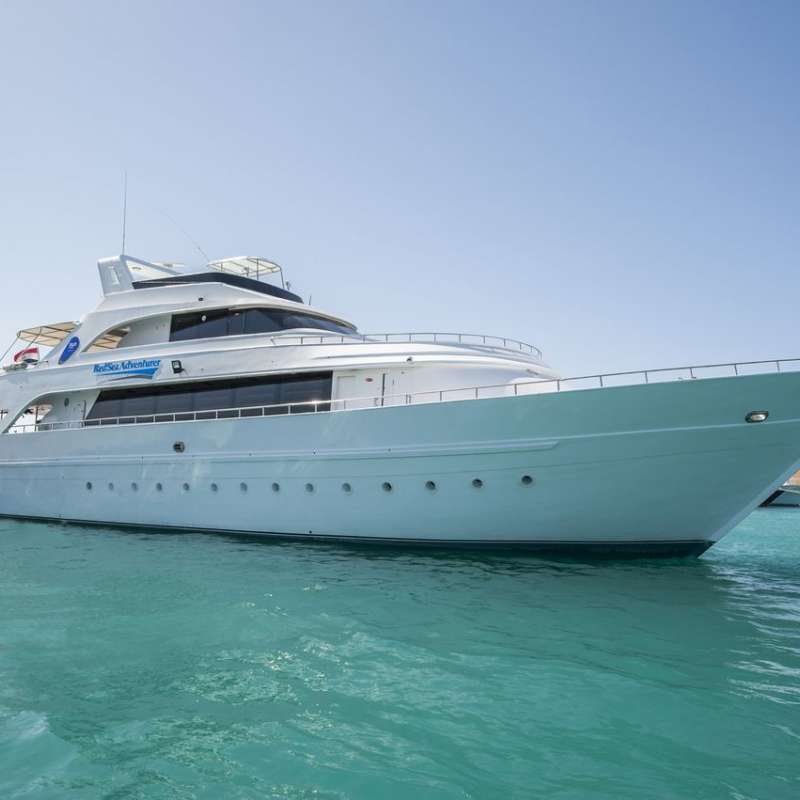 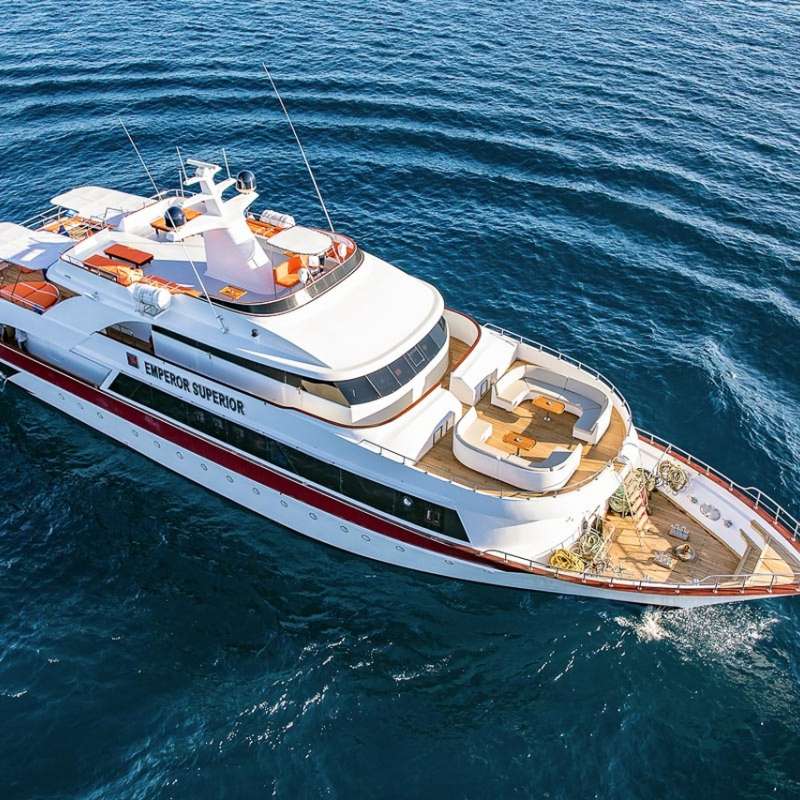 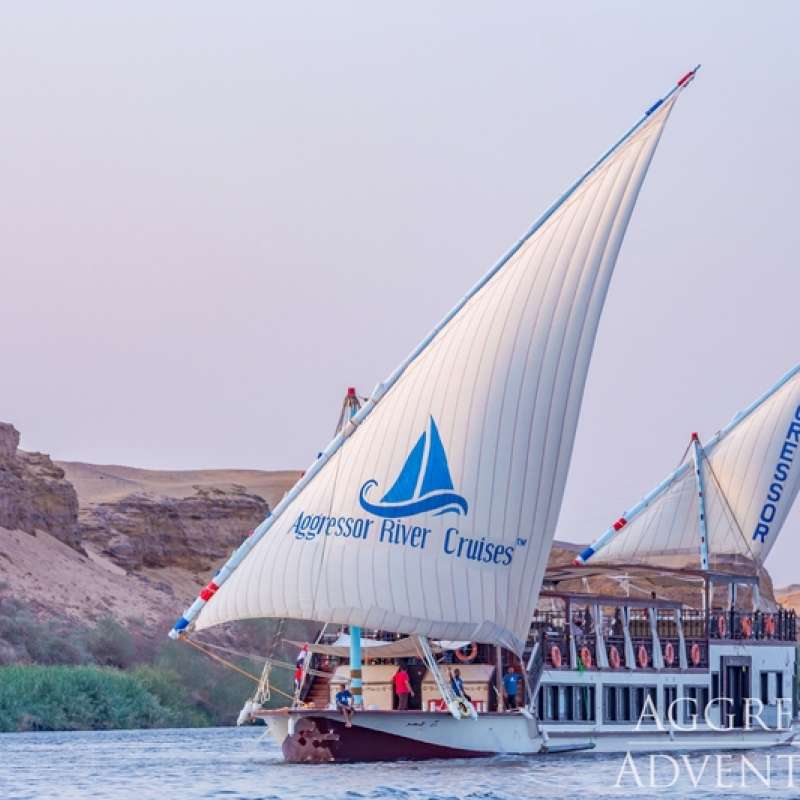 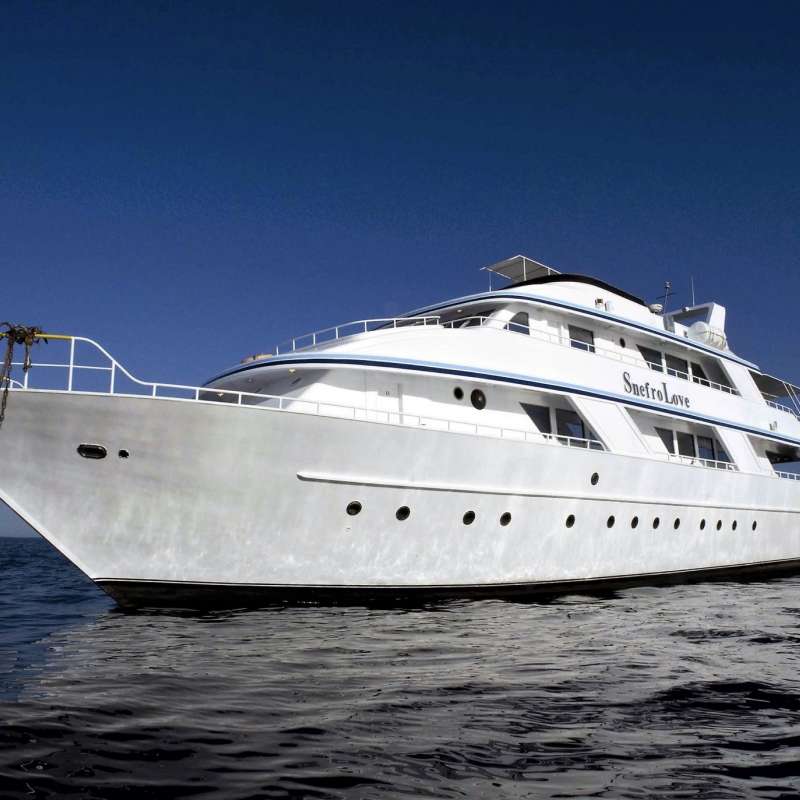 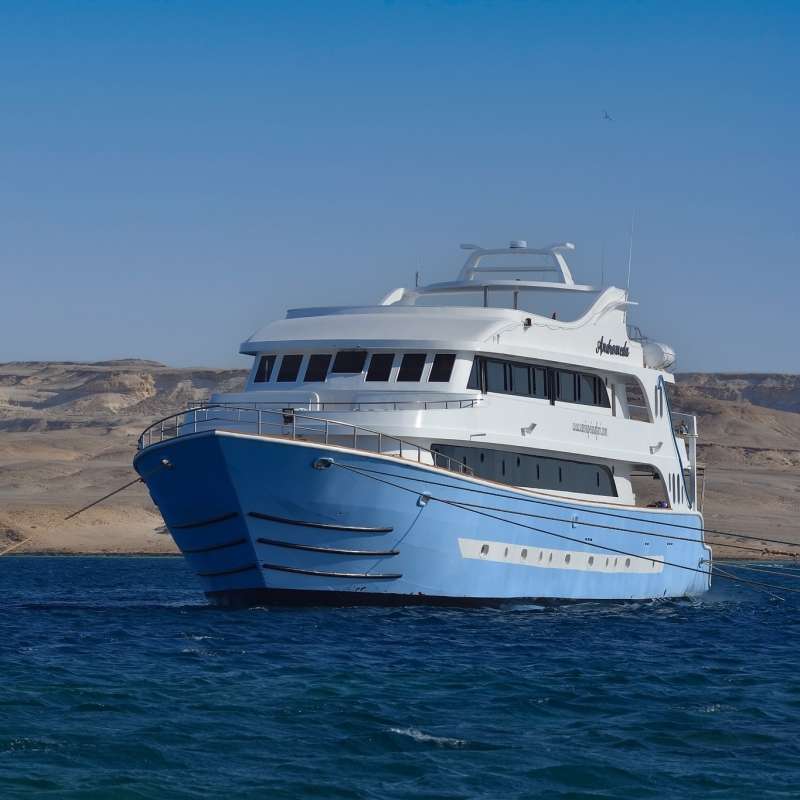 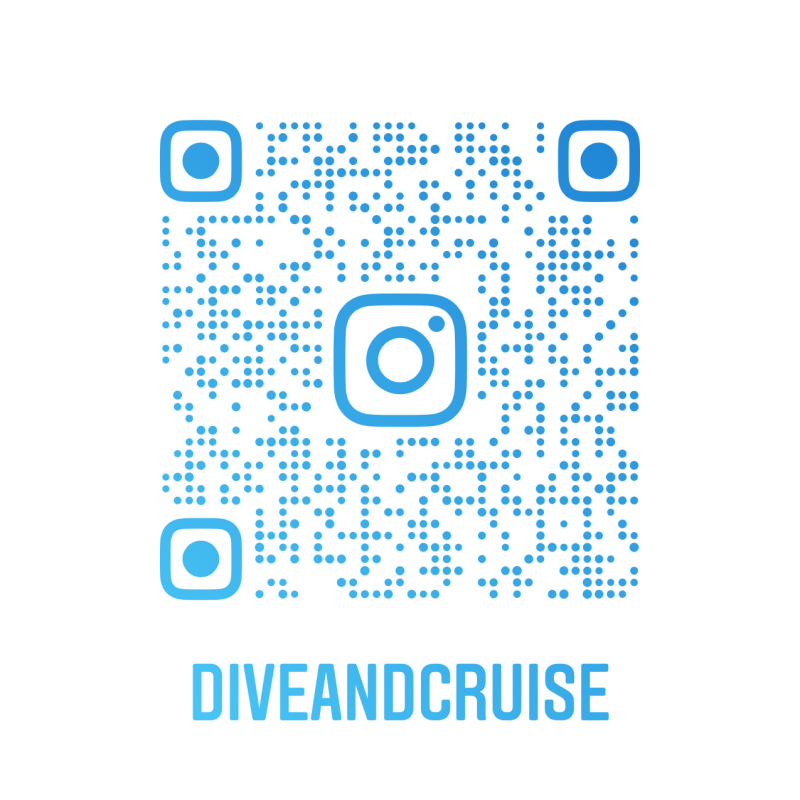 This boat is not in operation anymore.